Longevity, stability, experience, team work, and love for young people are among the many qualities that define our outstanding staff.

Kate grew up in a small mountain town in Colorado. She has a B.S. in Geography and Environmental Science as well as a B.A. in Education from the University of Colorado. She moved to Oregon 5 years ago and has worked with youth in a variety of settings including teaching at Northwest Youth Corps, Looking Glass Family Services and other youth mentor programs. Kate joined the Wellsprings family in 2020 as a part time science teacher, where she is already making waves for her engaging classes. Kate is often exploring the outdoors and seeking adventure. 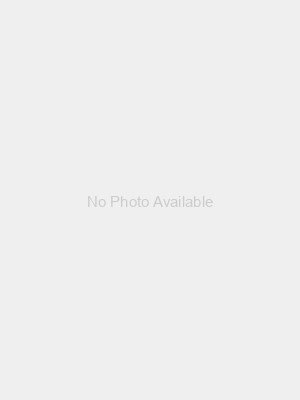 Anna serves a vital and universally-appreciated role as our Kitchen Coordinator. Although Anna started in the fall, 2015, she is the parent of a 2003 graduate and has been somewhat associated with the school since 2001! Anna retired after 26 years of work in many phases of community social work and children’s programs. She loves working in the kitchen and serving students, and is delighted to be able to give back to the school in this special way.

Bob has a B.S. in Special Education K-12 and Secondary Psychology with a minor in Sociology/Anthropology. For four-plus years he worked at Aerie Academy as headmaster, counselor, and instructor. Prior to that, Bob worked in Lewiston, Idaho, at Northwest Children’s Home as a Special Education instructor dealing with socially and emotionally disturbed children. Bob has been teaching Math, Psychology, Human Sexuality, Music History, and other classes at Wellsprings since the fall of 2001.

Read an interview with Bob in The Wellsprings Way Issue 10.

Brad first came to Wellsprings in 2013 to assist in Math and Writing classes. A University of Oregon graduate with a degree in English, Brad taught a popular Literature class throughout the 2014/15 school year. He began teaching full-time in the fall, 2015, offering a wide range of language arts classes.

Read an interview with Brad in The Wellsprings Way Issue 15

Chanci graduated with a BA in English/Writing from Southern Oregon University. Before coming to Wellsprings, she volunteered at Ashland High School as an ASPIRE mentor, a writing tutor, and an English as a Second Language (ESL) assistant. She has published one short story and is an avid poet as well as a singer/songwriter. Chanci came to Wellsprings in September 2005. Although mainly teaching language arts classes, Chanci has also taught Singing/Songwriting, Drawing, Small Group Communications, Meditation, and more. In June 2017, after almost two years of a grueling schedule of graduate studies while teaching full-time and raising two young children, Chanci received her Master of Arts in Teaching degree from Western Oregon University.

Read an interview with Chanci in The Wellsprings Way Issue 12

Dante holds a Bachelor’s Degree in writing from The Evergreen State College and a Master’s Degree in writing from the Cal Arts MFA Writing Program. A former Language Arts teacher with a decade of classroom experience, Dante came to Wellsprings from Northwest Youth Corps where he served as Dean of Humanities for Twin Rivers Charter School (formerly known as The Outdoor High School). During his time with the Corps he also worked as a Youth Services Coordinator/Community Engagement Officer. He is passionate about environmental conservation, leadership, and exploring the natural world. A novelist, short story writer and journalist, Dante’s writing is frequently published in alternative newspapers, lifestyle magazines and adventure journals. He lives in the coastal mountain range of Oregon with his family and a large German Shepherd named Falcor.

Dawn took on the challenging position as our Operations Manager in mid-September, 2014. She has over 15 years of experience in administration and customer service. Dawn has worked in both the health industry and the veterinary industry, and has volunteered for several years in programs that serve youth.

Deborah is joining Wellsprings this coming school year as our Special Education Coordinator. She holds a Bachelor of Education degree with a minor in Special Education. Deborah has worked 29 years as a special educator, in California and locally. She retired in 2017 from the Bethel School District after serving there for 23 years. Her desire to continue to work with youth and provide support in special education is an area she is excited to return to.

Paul has a B.A. in History and Political Science, a M.A. in Secondary Social Studies, and a J.D. While practicing law, he worked as a prosecutor as well as a workers’ compensation attorney. He has an Oregon teaching license, and has taught World Geography and History. He also taught test preparation courses for Kaplan. Paul has been teaching at Wellsprings since the fall of 2001.

Read an interview with Paul in The Wellsprings Way Issue 11.

Steve has a Master of Science in anatomy from the University of Wisconsin, Madison, and a Bachelor’s degree in physiology from the University of California, Berkeley. Steve operates a dojo where he teaches classes and organizes seminars in Aikido, Iaido, and Zazen. He started at Wellsprings in the fall of 2014, and teaches one or two classes each term, including a variety of basic science classes as well as a popular philosophy class.

The Little School with the Big Heart